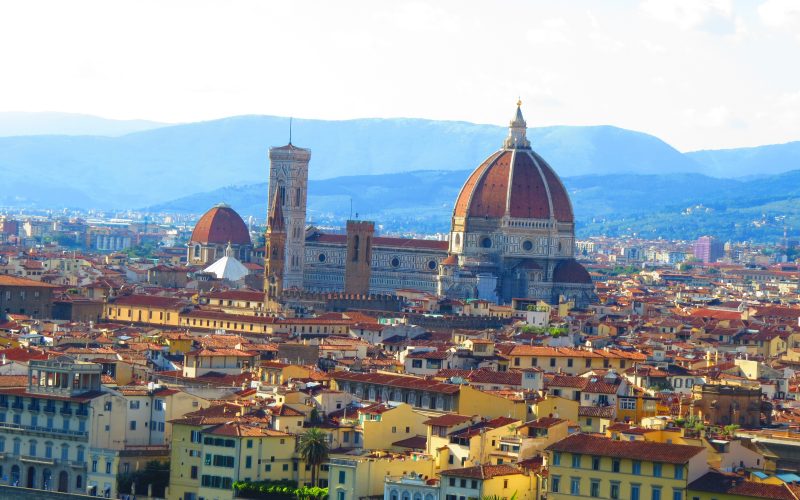 Florence (Italian: Firenze) is the capital city of the Italian region of Tuscany. It is the most populous city in Tuscany, with 383,084 inhabitants in 2013, and over 1,520,000 in its metropolitan area.

Florence was a centre of medieval European trade and finance and one of the wealthiest cities of that era.[4] It is considered the birthplace of the Renaissance, and has been called “the Athens of the Middle Ages”.

Florence is known as the “cradle of the Renaissance” for its monuments, churches, and buildings. The best-known site of Florence is the domed cathedral of the city, Santa Maria del Fiore, known as The Duomo, whose dome was built by Filippo Brunelleschi. The river Arno, which cuts through the old part of the city, is as much a character in Florentine history as many of the people who lived there. Historically, the locals have had a love-hate relationship with the Arno – which alternated between nourishing the city with commerce, and destroying it by flood.

One of the bridges in particular stands out — the Ponte Vecchio (Old Bridge), whose most striking feature is the multitude of shops built upon its edges, held up by stilts. The bridge also carries Vasari’s elevated corridor linking the Uffizi to the Medici residence (Palazzo Pitti). 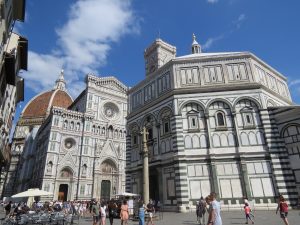 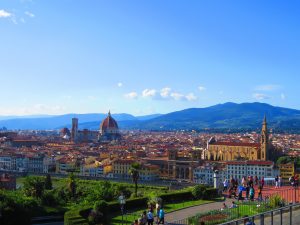 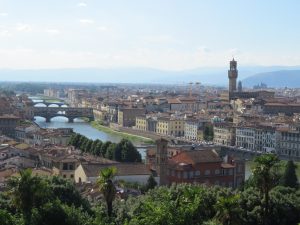 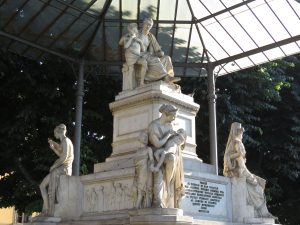